Big holla back to the creators and supporters of the pink ribbon movement. I work in public relations, so I geek out when something so simple raises international awareness. At the same time, as a cancer survivor, a woman and someone who’s spent her entire career in the healthcare/pharmaceutical industry (including breast cancer causes), I can’t help but feel shocked, and sort of naive, to learn how COMPLICATED having a double mastectomy is. Angelina Jolie failed to mention that part in her NY Times stories.

Encouraging women to be strong, run out and chop their tits off is empowering and brave, but it only scratches the surface… it does nothing to prepare women for what that entails. When you learn how crazy reconstruction is, the mastectomy almost seems like the easy part. Further, the success of your reconstruction depends a great deal on the talent of the breast surgeon doing the mastectomy. A plastic surgeon does the reconstruction. You literally have to find a dream team.

You’d have to be cold, dead and empty inside NOT to admire women who’ve faced this emotional, personal and terrifying decision, but now that I know what that decision-making process really looks like, my perspective has sky-rocketed even further. I’m going to tell you why.

I’ll start by saying, once again, I’m grateful my diagnosis is DCIS and not something more progressed requiring additional treatment. This diagnosis has given me the gift of CHOICES. Breast cancer patients, particularly those with zero body fat or who need chemo and radiation, have more limited choices. But, choices are a double-edged sword. All of them are hardcore, long procedures and in my opinion, none of them are great… likely the reason some women opt to forgo reconstruction altogether. “Great” would be never having to lose your own breasts. I’ve been blessed with a pretty awesome pair of large, natural boobs. They’re so nice, they’re a conversation piece, and have been for decades… HILARIOUS conversations, obviously. My friends and family will 100 percent attest to this. Go figure I have to lose them, but I won’t digress further. In short, I will (already am) mourn the loss of my boobs and my doctor has big shoes (boobs?) to fill.

I’m lucky I’m a candidate for a nipple and skin sparing mastectomy. This is important to me. I’ve met other women who didn’t have that luxury, or who didn’t care about that luxury. Call me crazy, but I’d like to keep what’s mine, if it’s safe to. I’ve had plenty of procedures that have left me with scars all over my body. Sure, scars are cool… they’re about as cool as having cancer. I think if most had the option to NOT have a huge scar on their body, or not have a part of it amputated, they’d take it.

Once I was diagnosed and started telling close friends, I was immediately connected with women who’ve had reconstruction. They told me about their experiences. They lifted their shirts for me and let me feel their boobs. Some of them had reconstructed or tattooed nipples and they looked amazing. The doctor can use skin from your thigh to create a nipple, and I think there are about FIVE people in the entire US who tattoo nipples well. Women travel hundreds, even thousands of miles to have it done. That’s a lot of work, and we haven’t even gotten to the actual boob yet…

The treatment you are having, or in my case, HAD, also impacts your decision. Radiation damages the skin and how your reconstruction heals. You can develop complications, infections, capsular contracture (scarring) and that can cause implants to look and feel like two tin cans in your chest. Those 14 days of radiation that caused my breast cancer could potentially impact how I heal from the mastectomy and reconstruction. I don’t know what Angelina Jolie or Christina Applegate chose, but for me and many others, it’s not at all as simple as removing my breasts and throwing in some implants, because if your skin is unhealthy, your body can reject the foreign object. You have to use body tissue to reconstruct completely, or to surround implants to protect them… and this is where things get interesting.

I took the entire month of July off from work to research reconstruction and met with several plastic surgeons, and I’m glad I did. The science behind reconstruction is FASCINATING.

I decided I want to look as close to “me” as possible. There are more options out there, but given my history of radiation, I was recommended the following options to be conducted IMMEDIATELY FOLLOWING my mastectomy:

So… WTF do you choose? I obviously said, give me a tummy tuck stat. Here’s the funniest part… my plastic surgeon discouraged me from the DIEP, because — get ready for it — I’M NOT FAT ENOUGH. I’m carrying around an extra person these days, thanks to my thryoid having been removed, but I don’t have enough fat tissue in my belly to construct breasts at my current size, which also means the likelihood of being able to save my skin and nipples would be low. They cannot take fat from multiple areas and no, they do not take donors  (everyone I know has asked, you know you are thinking it…).

My doctor strongly encouraged the LAT flap… and my heart kind of sank. I booked my surgery date, but with reluctance.

To give some context, I met with my plastic surgeon for the first time on June 5, still in shock that I even have to go through this. He was the first plastic I’d met with. I was in his office for FOUR HOURS. I walked out with Peg (my mom), she looked at me with excitement and said, “Isn’t he great?” I looked at her and burst into tears. Holy overwhelming situation, batman. What do I do now?

I decided then and there, I would not be convinced until I’d spoken with as many GOOD plastics as possible, and I started doing my research. I had plenty of recommendations from colleagues and friends, and I got to work researching who the top docs performing the DIEP and LAT flaps were, NOT plastics who primarily do cosmetic breast augmentation. I checked to see who had been featured in credible medical journals, credible news sources (US News & World Report, TIME, NY Magazine, and medical magazines). I stayed OFF of the Internet and didn’t troll random sites. I spoke with patients. Everyone — patients and doctors — had a different story, a different perspective and a different recommendation. This was helpful, it gave me ammunition and new questions to ask MY plastic, but it didn’t help me make my decision. And I was STRESSED.

I went back to my plastic on July 7, a full month later. I told him I was unconvinced the LAT flap was the right decision for me, that the thought of a permanent impact on my mobility was terrifying and begged him to prove to me why I should reconsider. He admitted, he couldn’t convince me… he understood my concerns… and gave me a third option… just go straight to implant… a whole month later… WHAAAA?

Then my interrogation started: What about his concern about my radiated skin? What about the implants hardening? Why was I only hearing this now? His answers were simple and made sense: “Mary, you have the BEST breast surgeon out there. I would not be recommending this if you were having your mastectomy by any other surgeon, I’d be telling you the LAT is your best option. I’m confident your breast surgeon, Dr. B, will make sure the skin envelope is pristinely managed so that you don’t reject a foreign object. You haven’t had radiation for weeks and weeks like other breast cancer patients, whose skin LOOKS radiated, burned, scarred and thin. Yours was only 14 days, 17 years ago… you will be fine and I’m confident this is the best option.”

And, I was skeptical, but believed him…

A week later I saw a brilliant plastic at NYU for an opinion, someone a good friend recommended (she’d done her breast reduction). She asked me what I’d been recommended. She IMMEDIATELY told me, straight to implant is what she’d do, and why the DIEP and LAT procedures were not optimal, for ME. Her reasons validated everything I’d felt, and had been told by my plastic. She ALSO said, there was only ONE breast surgeon in all of NYU that she’d recommend do the mastectomy, to ensure the least risk of complications. She also said she’d treated many patients just like me, who’d gotten breast cancer as a result of chest radiation due to Hodgkin’s Disease, and they’d done very well. She also said she knew and had studied with my plastic surgeon. And all of a sudden, I had peace of mind.

So that’s the decision that took an entire month to make: bilateral mastectomy and at the same time, my plastic will insert tissue expanders under my pec muscles. I will wake up with smaller “boobs” and go home with about four drains. I go back and forth to the doctor for the next 6-8 weeks and during that time, they inflate the expanders to the size I want to be. In about 3 months, I go back in for a quick in/out surgery where the plastic goes back in through the same incision, removes the expanders, and any scar tissue, and inserts the implants, which are wrapped in Alloderm (cadaver skin) to protect them from rejection. Yikes. This is happening.

The lesson from this long ass post: if you have a complicated and serious medical condition to deal with, DO YOUR RESEARCH. Don’t settle for a decision your gut tells you isn’t 100%. Ask questions, poke holes, and demand to know “what if.” When it comes to getting second opinions, do what you have to in order to get the appointments, LIE if you have to. I cannot tell you how many doctors would NOT see me because I’d already scheduled a surgery. Memorial Sloan Kettering would not return my calls. In fact, the admins I spoke with asked ME to call back daily, because they don’t meet patients for second opinions… “they don’t have time for that.” I’m sorry, but I didn’t realize meeting with a doctor at such a prestigious institution in NYC when you have breast cancer was the same as trying to get a resi at Del Posto for dinner. Shocking, but then again, everything happens for a reason.

Again, a lot to absorb. My surgery is Aug. 6. I’m mentally preparing (slowly starting to freak out). I’ll post once more before I go in. Much love. 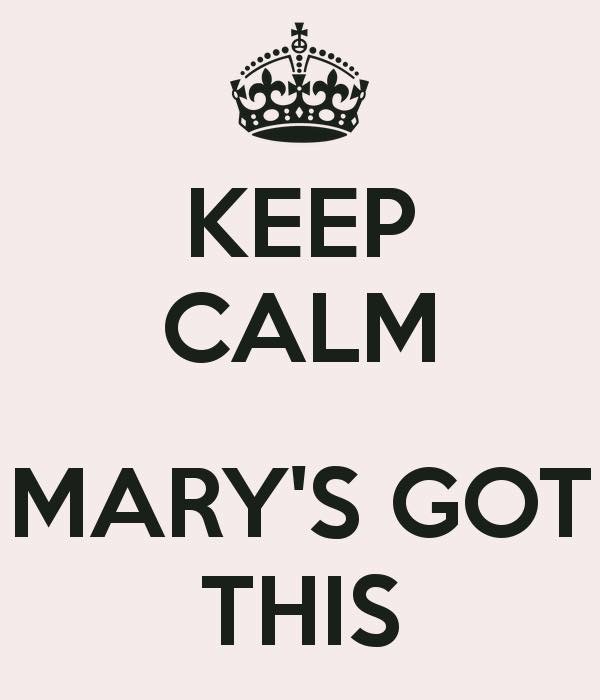 11 thoughts on “deconstructing reconstruction… what a hot mess”